Sephiroth, Lightning & Vincent Valentine are the only non-retarded names in the whole Final Fantasy franchise. I can't even look at these names. . .  Oh God. Mad naming technique LOL

How can you deal with all the silly names. The fanbase is truly something. People can be incredibly tolerant. People are NOT perfectionists. Too bad.

The stories are pretty shitty, too. Graphics didn't really pick up until 2001 with FF10. There are actually some 2019 Sonic level characters/creatures, I hope people remember that. 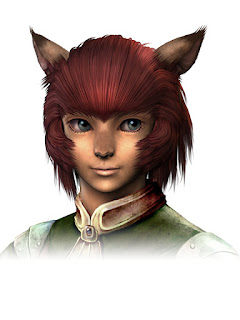 Also for the canny looking ones, nothing inspires cute aggression more than lil characters in FF & other MMOs. Fuck off. I just want to squeeze them and put them under a slow hydraulic press. low-effort fluff balls or cute looking animal-elf-dwarf hybrids have no business in game worlds.

There is a reason FF7 is the most known title. It's got a good story & a bunch of well defined, interesting characters. I personally don't care about any one other than 7 & 13.

The other good thing that comes out of the whole franchise that's actually been pretty consistent is the music.

That's what I get from FF. Not gameplay, rarely story, just some good aesthetics and music. I don't get why games today have to use absolutely plain looking characters, like, just some guy. Some old guy nonetheless. It's almost as if game developers are all experiencing mid-life crisis.

I don't get why this franchise gets to thrive whereas Heroes must die. It's too unfair. Is it really because RPG (only when having attractive characters) is easier to survive? Is it all boiling down to lookism? It's too sad.

Diary, you wanna bet how long Dark Souls can continue? It's one of the few that stays focused on gameplay itself. Would you give it 10 years?

10 year before 17... it's when I first heard the voice of God in my head. Time flies. I feel like God has been gracious to me.

I'll keep fixing my path and correcting myself, Diary. I'm God's Faithful. I'm the One.

I also gotta say, it's too bad the internet only has Sakimichan's fan art to get off to. It's nice, she's skilled & prolific & basically doing charity work but it's too vanilla. It's like modern day pinup. There is no passable Sephiroth nude anywhere. If I deploy a realistic one right now do you think it'll break the internet. Surprisingly, no one I want to fuck in the whole entire franchise. I've gone over this, Diary. Sephiroth is like an Akechi Mitsuhide type of character, not at all fuckable. I would like to show you what I can do tho. I'd hate for you think that little Joseph Seed sketch is all I can do.

One last bit- all these people have to be "anything goes". If they're attracted to both sides then there is no real dedication, hence only vanilla work. I don't envy people who are attracted to real people though. How nasty. People are gross!