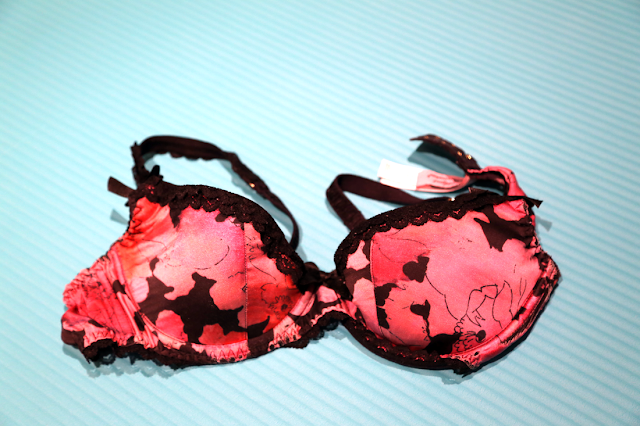 I thought my yoga mat is like a green screen or something. No. Look at this Agent Provocateur bra, how shoddy it is, how gauche it is, how cheap the fabric is, how awful the print is, and the lace is just... ugh. I also had a neon yellow one that I threw away the day I got it because of how offensive it was and I'm throwing away this one now that I've finally taken a picture. The neon yellow one, its color is supposed to be fun, but it has a weird push up effect that makes you feel like a high class prostitute. Their fabric is just too poor, and it wasn't the sort of "fun" bra I thought it was at all. ​I have no respect for this brand. You can wear it for effect, because whoever you want to dazzle only cares about the visuals and won't care about whether you're comfortable in it at all. But they're all shitty bras. They're all terrible and in very poor taste. Just Gross. 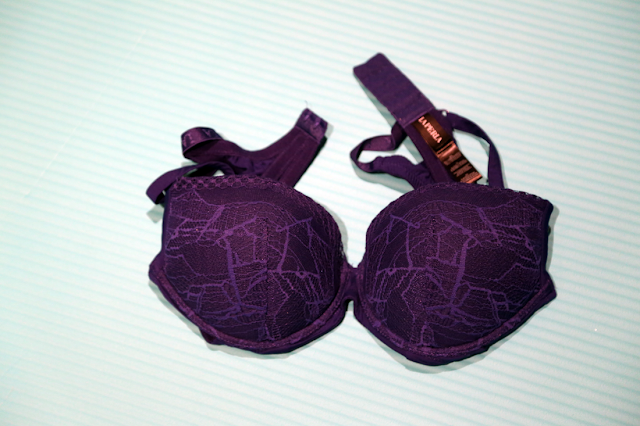 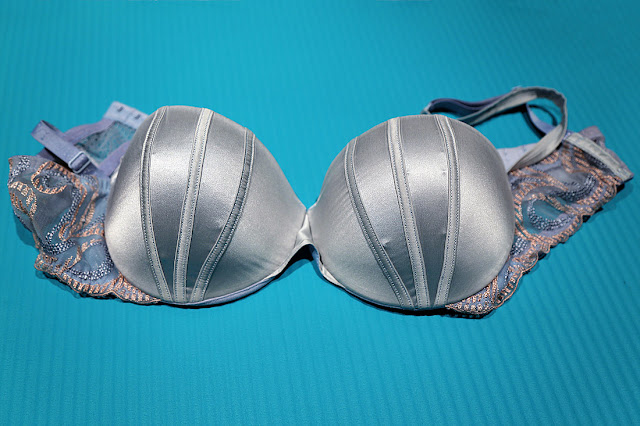 La Perla makes actual bras. Bras that have FORM and STRUCTURE. They're WEARABLE. They're comfortable. Their material is SOLID. I have so many styles, sheer, balconette, I'm wearing the shell-shaped one (it's my favorite) , and honestly they're all so well made. They have super nice metal clasps on some styles. It's just, it's just bras made for human beings and not "effect", you know? You hold it and you think it's money well spent.


I understand why grown women shop at Victoria's Secret sometimes for that youthful feeling and "fun", and I might pick up cute panties there from time to time until I hit 30 (ew but soon), but I won't look anywhere else for lingerie other than La Perla no more. As far as sleepwear goes, Ralph Lauren, Armani and Calvin Klein are all good (I'm still trying to figure out the "Oscar de la Renta Pink Label" situation but the set is fine), but none of them makes decent lingerie. I don't even know if Ralph Lauren makes underwear.